First museum in a while. More on those later — much more if I can persuade the museum to let me photograph it. For me, photographing enables me to engage far longer and deeper with the art — as well of course blogging them here. So, absence of camera and with a prior commitment of an evening performance I was to film, I fairly bolted through these two.

Both are highly worth seeing and with audio guide deserve a full afternoon. In the meantime, I remembered there was a painting I really, really wanted to see. My previous visit to the museum had not revealed it to me. This time I found it near the end of the collection going up the left-hand stairs and u-turn to the right to cut back into the 19th century part, rather than going through the whole building.

The remarkable thing in this otherwise well-executed but not especially unusual imperial-era portrait is the army man is Afro-German. A couple of additional points: The city of Königsberg is now the Russian exclave of Kaliningrad between Poland and Lithuania, about as far east as you could get and still be in Prussia and the German Empire.

Königsberg was the capital of Prussia from —, when the capital moved to Berlin. Senzig, where he opened a beer garden with his wife and two children is a community, now part of the town of Königs Wusterhausen in Dahme-Spreewald about 40km south-east of Berlin. As is typical for the Deutsches Historisches Museum, the painting is under glass — and not of the new, non-reflective stuff used in the German Colonialism which I seriously had to provoke a reflection from. 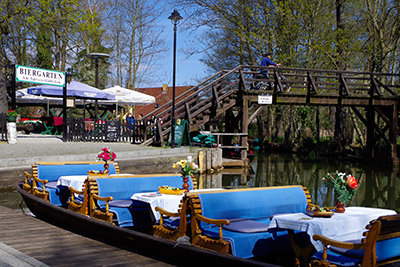 And as usual the lighting is bestial. Apologies made for my bollocks photography. Gustav Sabac-el-Cher wurde in Berlin geboren. Bereits bekleidete er den Rang eines Unteroffiziers. Danach arbeitete er als ziviler Kapellmeister und betrieb ein Gartenlokal in Senzig bei Königs Wusterhausen. Er starb in Berlin. Gustav Sabac-el-Cher was born in Berlin in In he began his career as a military musician in the Prussian army, already gaining the rank of sergeant in From to he was bandmaster of the First Grenadier Regiment in Königsberg.